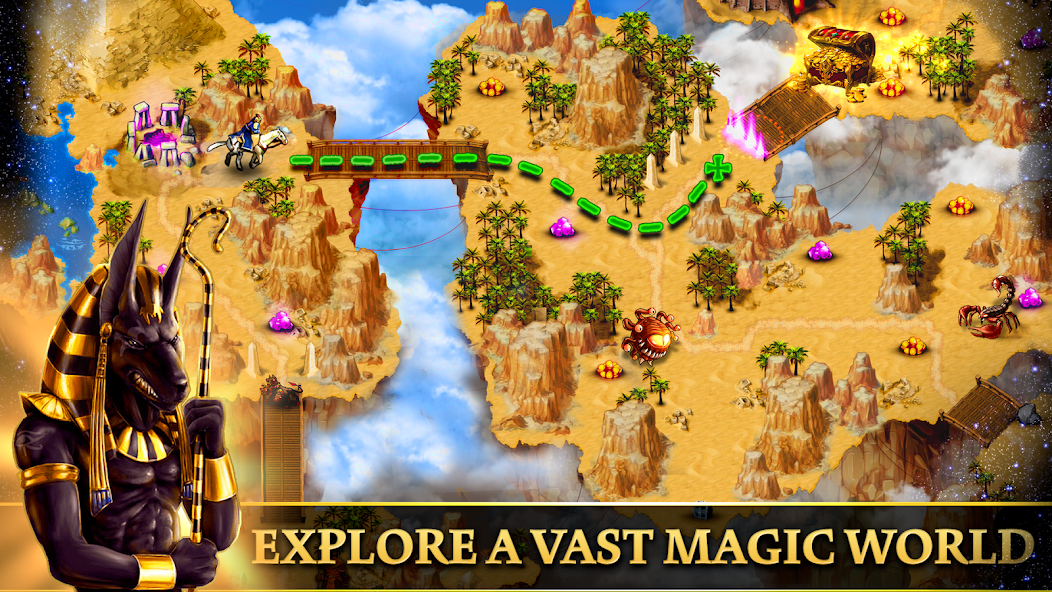 Welcome to Clash of Gods - Free Turn based Strategy

Explore the world of might and magic games, meet legendary heroes and fight epic RPG battles with terrifying enemies in an ancient Egypt kingdom theme.

GAME FEATURES
▶Collect ultimate heroes and magic powers
Clash of Gods: Magic Kingdom brings you the ultimate PVP duels. Build the leading party of epic heroes and ascend your them by raising stars and developing their talents. Level up and prepare them for different battles.
▶Epic Kingdom Wars
While your heroes explore the realms, you will meet your opponents on the battlefield and will exterminate them in turn-based combats. You’ll send Medusa, Minotaur or Scorpions against beasts & enemies like Spiders, Shadow Nightmares or Barbarian Berserkers. While you plan your actions, so does your enemy. Lead your heroes and units in kingdom war, and conquer the castles! Lead your kingdom to the top of the world in the final war!
▶Multiple game modes
Build and upgrade your sand kingdom. Explore Story Campaign, Arena, Stonehenge, The Trial of Truth, and Dragon among all other gods.
▶Legendary mythic units
Over 50+ epic heroes and magic powered monsters are available in your collection! Upgrade and improve their power and special skills. Collect as many as you can!

WEEKLY EVENTS
Explore all of the events and collect as many rewards as you can!

Do you want to play a mobile game like heroes of might and magic? Win every turn-based games battle? Try Clash of Gods: heroes and magic. It’s time for an amazing RPG role-playing adventure to begin! Your enemy is one of the fantasy world’s mighty creatures like a mighty dragon, mage or from the brave castle human race. Unique heroes and magic turn-based strategy game is waiting for you!

PAY TO WIN BUT GOOD