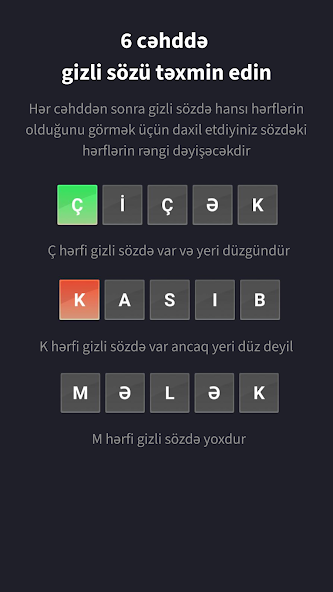 For those who love word games, it is an Azerbaijani language version of Wordle, which has been very popular in the world recently. Some adjustments were made in the game and a level transition mod was created. A five-letter word is chosen, which the players are supposed to guess in six tries. After each guess, each letter is highlighted in green, red or black.

As soon as the searched word is found, the transition to a new level is made.

Have fun in the word game!