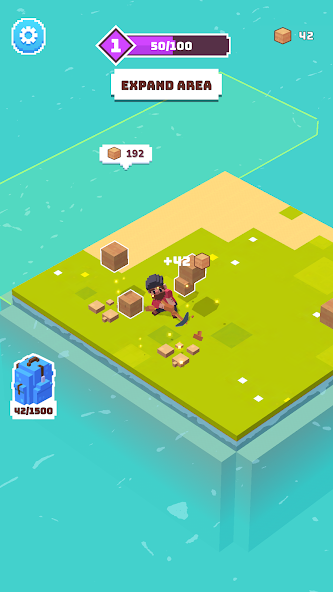 Craft many different resources to build your valley with fundamental constructions.

The game is awesome but has way too many ads. I'm not deleting it though because the game is very fun I understand that the makers need money to keep the game free to play but I think that one minute of game play and then an ad is to much. That said the game is worth it if you can look past this ONLY downside.

The gameplay is phenomenal but... to many advertisments I understand ad's keep the game free but way to many bro

Really like it.. why is there no option to buy ad free? Game play stops about every 30 sec for a 15 sec ad. I get the developers need to make money, but at least give us an option to buy no ads

Too many ads to enjoy the game play. Literally get an ad every 30 seconds so you can't progress without being interrupted. Fun game just too many ads.

Seemed fun at first, but ads are shown way too often.

Was just about done with castle stopped play and when I logged back in everything was gone.

Can't try sleep 💤 and if you're abandoning this game instead of fixing and adding on to it, then take it off the Google store!

I built the tower and now a home, but all of a sudden the game has nothing else. I'm guessing it's a newer game and more content will come out. Fun so far!

Game wouldn't let me use crafting bench. Was building forest house and had the arrows leading to bench but no way to use it. Tried closing it out And now it doesn't have anything to do. And no expanding land anymore. At a loss on what to do.

The game is nice, BUT you have an option for sounds and music that doesnt work. Otherwise, your game handles nicely, it can be a good time killer, fi. The audio issue and less ads andnit could be a spectacular game

Honestly probably the best game of this style, but you get to play for literally 15 seconds between 5 second adds. Change the add structure

Was level 4. Stopped for the night. Got back on the next morning, and my world started over. I have all my stuff and levels, but the world is back to 1. I wqs decorating the castle too.

As everyone has said before, there are bugs with the bed that you can't sleep in it after the first time it lets you. And no more objectives after the castle is built

Interesting game, however, cannot progress past the castle, as there is an unaccessible area

Pretty decent game. Relaxing for the most part up until after castle is built. Then the game bugs out with no objective and bug with sleeping.