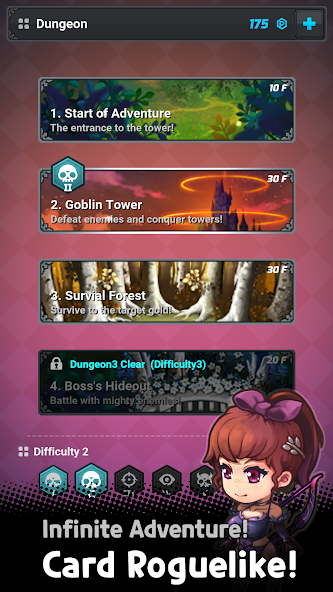 The great Gimle Castle was captured by the goblins attack.
The goblins cleared the surrounding land and created a maze-like dungeon with black magic, a “goblin tower” with numerous monsters and traps waiting.

You become a hero of several classes and have to fight and survive in the dungeon “Goblin Tower” of Rogue.
The story of that long adventure begins.

◆ Game Features
– Playable in Offline, Single play
– Simple one-handed operation and strategic play
– Maps and dungeons that change every time
– Weapons, attack methods, and unique abilities according to the class