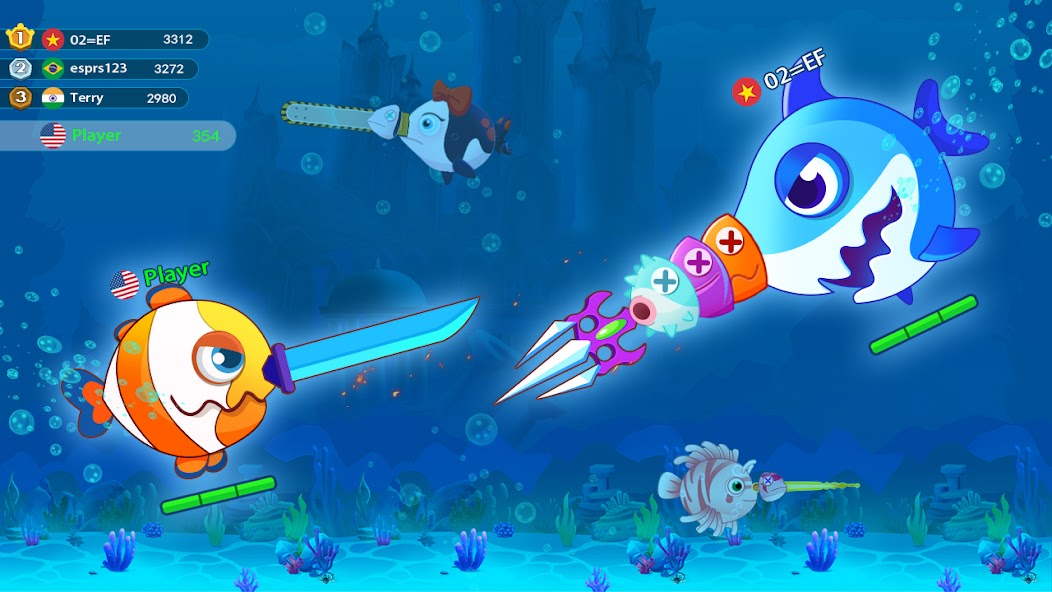 🐡Shark vs Fish .io-Hungry World is a casual arcade-free io game. Different from other free io games, not only can you collect fish heads like trophies, eat sushi for boosts, different powerups and dominate the sea, but you can also compete with other players to see who is the king of the sea!

🐳Shark vs Fish .io-Hungry World Features：
-Eat food and kill other fish to gain boosts your blood and a higher score
-The right thumb press screen to accelerate the pursuit of other fish
-io gameplay and you can play with players around the world.
-All kinds of fish: Goldfish, Shark, clownfish, turtle, Nemo, Narwhal, Whale, Dolphin, etc
-More kills, the longer the blade
-Slither, eat, grow, and defeat other fish to survive! Fishing Go.io is designed for smooth controls, and fast performance in the free addictive io game.
-Conquer your rival, to be the King of Fish!

Join our community! Follow our official Facebook page to get all the latest news and updates: https://www.facebook.com/FishingGO.io